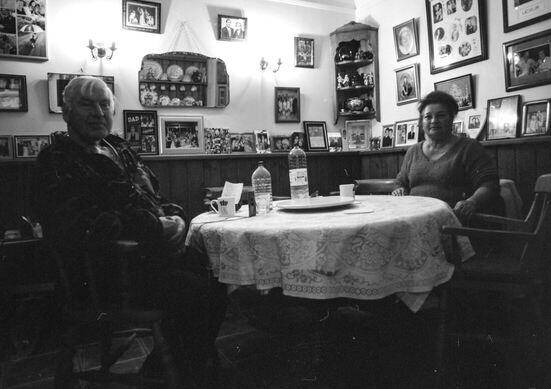 In her practice the artist Amber Franks investigates personal trauma and loss in relation to “casual” sexism and its causes and contexts.

Her work poses challenging questions that push and question conventional boundaries between artist and viewer. Franks considers the spectators’ space and progression within her exhibits, devising a narrative that invokes the viewer to reflect upon the self. This consideration exemplifies how various experiences of trauma can be dissected into separate narratives, but inherently still coincide with one another.

​By using a wide range of mediums, her work flits between genres, never defining her practice in a single definitive form. Her multi-disciplinary practice utilises Photography, Videography, Installation and Printmaking to explore liminal areas between creative zones, using found objects to contextually complicate the other mediums shown alongside them. Through various perceptions, Franks’ pieces contextually challenge and complicate one another. Her varied approach to the preconception of trauma exemplifies how it manifests and establishes itself within the mind.

​Whilst attracted to nihilism as an idea, Franks’ work it not “negative”. Rather, she explores issues relating to absence, and to some degree anger. Focusing on her own personal experiences, as well as collective concerns, Franks deconstructs female learnt and inherited behaviours. Her abrasive and subtly political subject matter raise consciousness on normalised and “casual” sexism. However, rather than being “over-determined” Franks uses playful exploration to explore conscious and unconscious bias issues that were historically “swept under the carpet”.